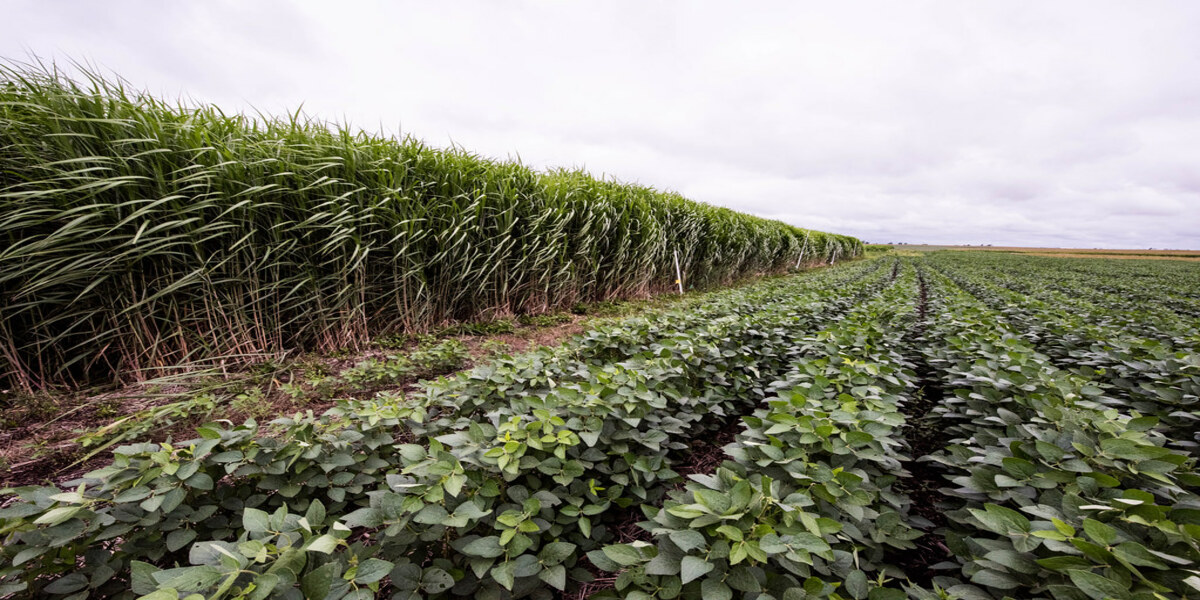 A biofuel is a renewable energy source derived from organic materials or byproducts of their processing and conversion. These organic materials, commonly referred to as biomass, can be directly converted into liquid fuels known as “biofuels,” which can be used as a transportation fuel. Transportation fuels are classified as either fossil fuels (primarily crude oil and natural gas) or biofuels (made of renewable resources). The transportation industry is based on liquid fuels. Liquid fuels have the advantage of being simple to store. Gaseous fuels are used less frequently in transportation, and solid fuels have even fewer applications. Currently, the most common biofuels are ethanol and biodiesel.

What to know about Biofuels

Types of Biofuels from Biomass

Biofuels are derived from biomass, and it is generally believed that their combustion is CO2 neutral. The amount of CO2 that was drawn from the atmosphere during photosynthesis and plant growth is roughly equal to what is released after burning. The carbon cycle is completed as a result. Most exhaust streams from combustion engines contain non-toxic substances such as nitrogen, carbon dioxide, and water.
The potential of available feedstock sources is critical for biofuels, and the overall biofuel potential is heavily influenced by climate. Climate, Available land for cultivation, and the productivity of dedicated energy crops all significantly impact total biofuel potential. Concerns about global climate change, primarily caused by fossil fuel use, are one of the significant drivers of biofuel development worldwide.

On the other hand, greenhouse gases that are directly toxic to human health are also emitted. Particulate matter (PM), volatile organic compounds (VOCs) (including hydrocarbons HC), nitrogen oxides (NOx), carbon monoxide (CO), and a variety of unregulated toxic air pollutants are among the primary transport emissions from the combustion of both fossil and renewable fuels. The type of feedstock is the overall critical point of how biomass production influences climate. It determines the amount of carbon concealed in the soil and the energy yield per unit of land. It is also necessary to consider what crops these crops are replacing. GHG emissions are expected to rise if they replace natural grasslands or forests. But if energy crops are cultivated on barren or dry terrain, traditional crops cannot thrive. In that situation, they can reduce considerably lower related emissions.

First, second, and third-generation biofuels are classified according to the raw materials used to make ethanol or biodiesel. All biofuels have different generations based on their feedstocks. In general, “advanced biofuels” refers to cutting-edge methods of producing biofuels that utilise waste products as feedstock, spent cooking oil, and animal fats.

Direct fuel extraction from biomass, which is often a food source, is known as 1G biofuel. Biologically categorised as food crop supplies, sugar or starch is fermented to create ethanol fuel. The primary source of sugar is sugarcane, whereas the main source of starch is corn. In addition to cane and corn, first-generation ethanol can also be derived from wheat, barley, and sugar beet. First-generation biodiesel is made from edible oil crops like soybean, rapeseed (canola), sunflower, and palm.
These biofuels also support rural communities and agricultural sectors by increasing crop demand. They also have downsides that raise the cost of food and animal feed on a global level. Some areas are experiencing a water shortage, which may also result from the high water use required for the extraction procedures. Another problem is the farming system’s need for hectares of land to produce sufficient crops. The dependence on fossil fuels is further demonstrated by using fossil fuels for power in existing production methods. Biodiesel usually contains recycled restaurant cooking oil; thus, the supply of oil is limited by the use of restaurants.

Extracting ethanol and biodiesel from non-edible biomass sources yields 2G biofuel. Grass, agricultural waste, and wood chips are all included in 2G ethanol, which is made of lignocellulosic resources. Most non-edible oils used to make 2G biodiesel come from jatropha (Bhuiya). Jojoba, Karanja, moringa, castor, soapnut, and cottonseed oils.
Wood, organic waste, food waste, and particular biomass crops are other biomass sources for the second generation of biofuels. Fast-growing trees like poplar trees require pretreatment, a sequence of chemical reactions that dissolve lignin, the “glue” that keeps plants together, to be used as fuel. Thermochemical or biochemical reactions release the sugars enclosed in the plant fibres during this pretreatment process.
The second generation of biofuels solves numerous problems from the first generation. Since they derive from different types of biomass, they do not compete with food crops for fuel. Second-generation biofuels yield significantly more energy than first-generation biofuels. They enable the use of barren land that might not be able to support the growth of food crops. Given that the technology is still in its infancy, future scientific advancements may result in cost savings and higher production efficiency. Nevertheless, given that part of the biomass for second-generation biofuels grows in climates where food crops also thrive, there is still competition for land with some of the biomass. As a result, choosing which crop to cultivate is upon farmers and decision-makers.
Biomass is also utilised from cellulosic sources like maise stover (leaves, stalk, and stem of corn) that grow alongside food crops. However, this would deplete the soil’s nutrients, requiring fertiliser to refill them. Furthermore, the biomass must be pretreated to release the trapped sugars.

Algae is a single-cell organism that produces the 3G biofuel blend of ethanol and biodiesel. Algae are typically divided according to their habitats, such as non-arable land, freshwater, wastewater, salt, brackish water, or genetically altered algae. Third-generation (algal) biofuels may also avoid the issues of food competition, land use, and water scarcity as they grow at a rapid pace. However, producing biofuels from microalgae is energy-intensive and currently unprofitable.

Third-generation biofuels have a higher energy density per harvest area than first and second-generation biofuels. They are marketed as low-cost, high-energy, and completely renewable energy sources. Algae have a favourable benefit that they can grow in areas where first and second-generation crops cannot, reducing stress on water and arable land. As said before, It can be grown in sewage, wastewater, and saltwater environments like oceans or salt lakes as there is no dependency on water. However, more research is needed to advance the extraction process and make it financially competitive with petrodiesel and other petroleum-based fuels. 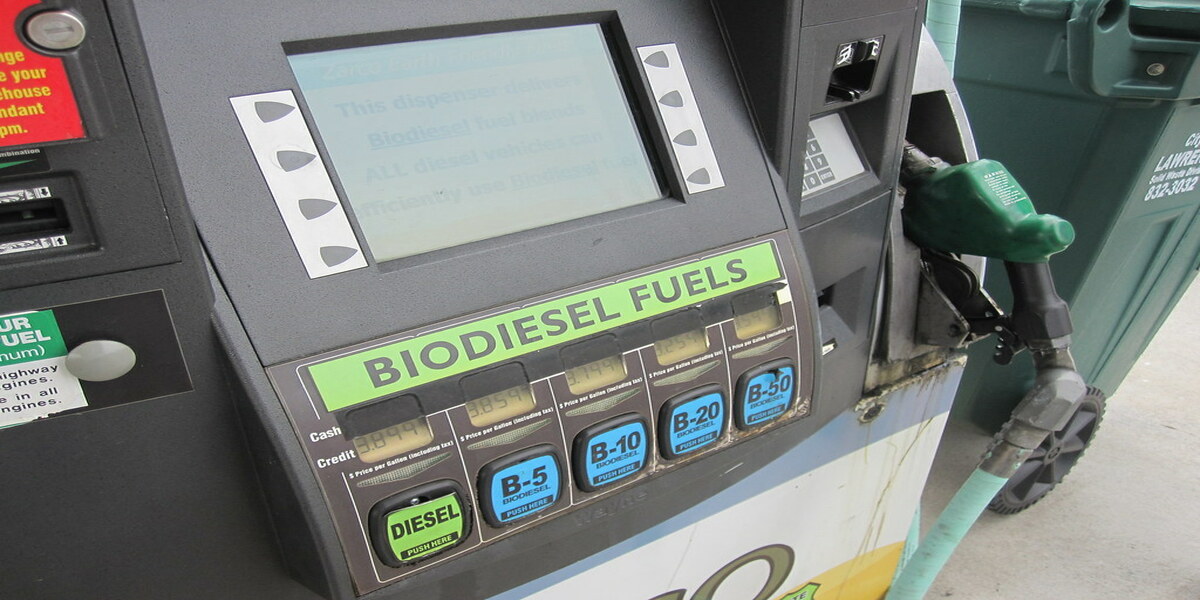 The development of new feedstocks for biodiesel is in its early stages. Some examples of such crops are pennycress, camelina, brown grease, and algae strains. However, there is currently a lesser percentage of biodiesel available from these feedstocks. But these feedstocks have great potential to supplement the feedstock supply. Oils and Fats are converted into chemicals known as long-chain fatty acids or mono alkyl esters, which is the organic compound name of biodiesel. During the manufacturing process, These chemicals are known to be FAME – Which means “Fatty Acid Methyl Esters”, and the process is known to be esterification.

Biodiesel meets the criteria of Renewable Fuel Standard’s biomass-based diesel and advanced biofuel requirements. There is a difference between renewable diesel, also known as “green diesel,” and biodiesel. Usually, biodiesel is known as B100 or neat diesel in its pure, unblended form. Petroleum derived biodiesel is used to power compression-ignition (diesel) engines. It can be blended with petroleum diesel in any percentage, including B100 (pure form) and the most popular blend, B20 (a blend of 20% biodiesel and 80% petroleum diesel).

The United States Environmental Agency has legally registered the fuel and fuel additive (EPA). The EPA registration covers all biodiesel that meets the ASTM standard specification regardless of the feedstock or process of the fuel.

PM and hydrocarbon emissions from diesel engines may be hazardous to human health. The Mining Safety and Health Administration discovered that switching from diesel fuel to high biodiesel blend levels (B50 to B100) significantly reduced PM emissions. However, even low concentrations of biodiesel reduce PM emissions and provide significant health and compliance benefits wherever humans are exposed to diesel exhaust.

One of the most significant advantages of using biodiesel is its ease of use and efficiency. Different blends provide different qualities. However, each combination has its characteristics, handling requirements, and preventive measures. B20 or lower blends, for example, require no new equipment or modifications, and B20 can be stored in diesel fuel tanks and pumped using the same equipment as diesel fuel.

Manufacturing vehicle engine demands to meet all the specific emission standards before moving on to further process. Whether it runs on petrol, diesel or any other alternative fuel doesn’t matter. Selective catalytic reduction technology in diesel vehicles has now achieved a net-zero nitrogen oxide emission. It also lowers the total carbon life cycle emissions in the long run. A study on “carbon emissions of fuels” found that the B100 blend of biodiesel reduces carbon dioxide emission by 74% compared to petroleum diesel.

When oilseed plants grow, they absorb carbon dioxide (CO2) from the atmosphere and use it to create stems, roots, leaves, and seeds. After the oil from the oilseeds is extracted, it is converted into biodiesel. CO2 and other emissions are released and returned to the atmosphere when burned. Most of the CO2 emitted does not contribute to the net CO2 concentration in the atmosphere because the next oilseed crop will reuse the CO2 as it grows. Because of the use of fossil fuels and chemicals in farming and biodiesel production, a small portion of the carbon emitted is fossil-derived.

Biodiesel is fully compatible with the emission control catalysts and filters that drastically reduce Nitrogen oxides and PM emissions from new diesel engines (NDEs). Older technology diesel engines emit NOx way more than the sufficient limit which has been a concern. But replacing older engines with newer ones has mitigated some of these emissions concerns.

Compared with fossil fuels, biodiesel has some limitations which cause few setbacks. Such as

Comparison chart of biodiesel with petrodiesel and renewable diesel

Grease and animal fats are also essential resources that are more plentiful than the yielding crops. These feedstocks may also be less harmful to the environment than crops.