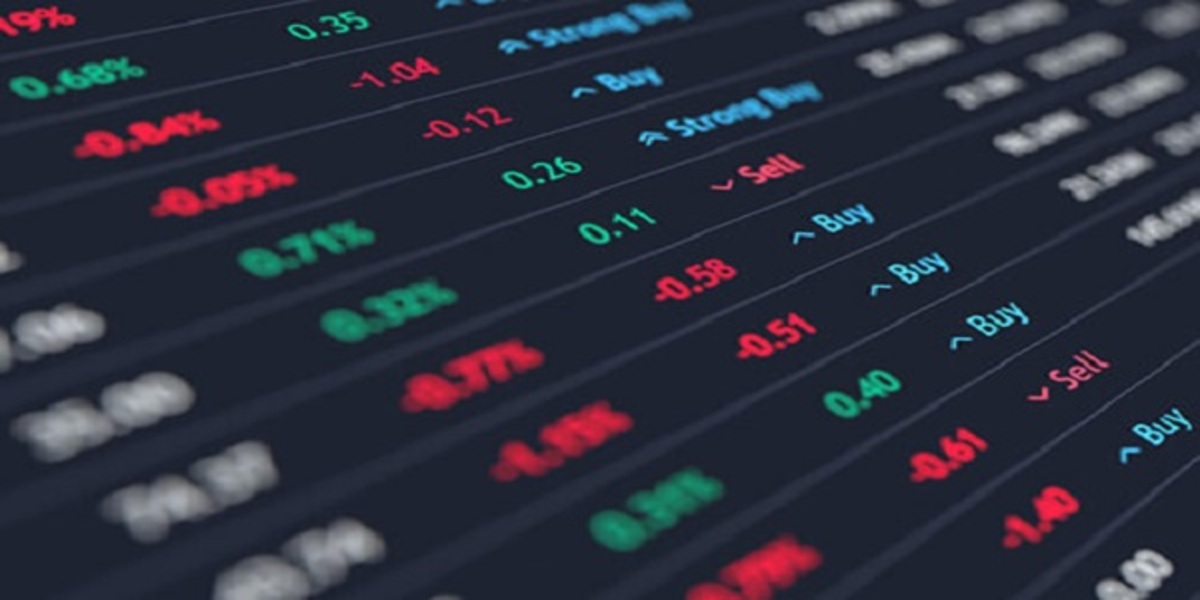 Natural gas and crude oil are the primary resources used for producing fuel and industrial chemicals. However, fossil fuel consumption has become a significant worldwide issue. Looking for new sustainable and alternative sources to help ease global environmental concerns is crucial. In recent years the critical source of biofuels has been bioethanol. With biofuels, fossil carbon can be replaced with bio-based carbon from biomass from agriculture, forestry, and municipal waste, contributing to a circular economy. Bioethanol development is a complementary strategy based on better resources with higher eco-efficiency and a lower GHG effect. It is more sustainable than the production of fossil fuels.

Ethanol derived from various bio-based sources (bioethanol) has recently received much interest due to its potential to reduce net carbon dioxide emissions while lowering the world’s growing reliance on fossil fuels. Global ethanol output has more than six-fold expanded since the turn of the century, from 18 billion litres to 110 billion litres in 2019, only to decline to 98.6 billion litres in 2020 owing to the pandemic. The primary feedstocks for ethanol production have been sugar cane and corn. Because of its non-food status and widespread availability, lignocellulosic biomass has recently been another potential feedstock.

For ethanol manufacturing, three types of feedstock are available. First-generation ethanol is generally from sugar and starch feedstocks. In contrast, ethanol produced from biomass feedstocks is second-generation ethanol. These include lignocellulosic feedstocks, starch-based feedstocks, and sugar-based feedstocks, such as sugar cane and sugar beet (agricultural residues, forest residues, dedicated energy crops, and municipal solid wastes). The ethanol production technologies utilised for each feedstock type, both commercially available, are yet in development, and current production patterns in various areas and nations worldwide.

Due to the pandemic, the global quantity of ethanol has decreased from 110 billion litres in 2019 to 98.6 billion litres in 2020. Using ethanol with 95% gasoline can lower CO2 emissions by 90% and SO2 emissions by 60-80%. It assists the world in addressing some of the world’s air pollution issues, lowering levels of greenhouse gases that cause climate change, and ensuring environmental security. Currently, ethanol is commercially generated through fermentation from a variety of feedstocks. Saccharomyces cerevisiae yeast is used to ferment sugars generated from starch in maise and other grains and sugars already present in sugar cane and sugar beets.

Corn accounts for 60% of ethanol production, sugar cane for 25%, wheat for 3%, molasses for 2%, and other grains, cassava, and sugar beets for the remainder. Over the last three years, the yearly global fuel ethanol production and specific nations’ production contributed at least 1% of the overall production output. Before the COVID-19 outbreak, the top five ethanol producers were the United States, Brazil, the European Union (EU), China, and Canada. India generated significantly more ethanol than Canada in 2020, but the top four ethanol producers’ rankings remained unchanged.

The United States of America

In the United States, ethanol generated from corn reached 6.5 billion gallons (24.6 billion L) in 2007. This number more than quadrupled to around 13.2 billion gallons in 2012. (50.0 billion L). In 2018, the United States exported 6.5 billion L of ethanol, increasing its share of global ethanol exports to 61%. By 2020, there were 208 ethanol-producing facilities in the country, with an installed capacity of 17.44 billion gallons annually (66.0 billion L per year).
In contrast to the 15.8 billion gallons produced the year before, the record production in 2020 was 13.8 billion gallons (52.2 billion L) (59.8 billion L). The COVID-19 epidemic directly impacted the demand for transportation fuel, which led to a reduction in ethanol production. While some facilities were shut down due to the recession, others modified their production methods to create an ethanol product suitable for use in hand sanitisers.

Since the amount of ethanol used in the nation typically outweighs the amount produced, Canada is a net importer of the fuel. Canada made 8000 L of ethanol annually in 1980, but by 2010, that number had climbed to 1.9 billion L. Canada produced 2 billion L of ethanol in 2018 but consumed 3.33 billion L in 2019. However, ethanol production in Canada has increased in recent years, owing primarily to feedstock changes and increasing capacity at existing ethanol facilities in Canada. Canada was listed as the world’s sixth largest ethanol producer in 2020. Canada’s ethanol output accounted for 1.6% of total global production. Corn and wheat were the two most essential feedstocks in ethanol production, contributing 1534.3 million L and 360.7 million L, respectively. Winter barley was proposed as a feedstock for ethanol production. However, this grain hasn’t been applied in industrial ethanol manufacturing facilities.

Brazil remained the world’s second-largest ethanol producer. Brazil’s ethanol production, comprising anhydrous and hydrous ethanol, increased by approximately 7% in 2019 compared to 2018. Brazil has produced the most gasoline-ethanol in a decade. In Brazil, sugarcane bagasse is commonly utilised as boiler fuel to transfer energy to sugar mills. As a result, it is used to reduce energy costs and as an alternative to utilising leftover biomass.

In 2020, total ethanol production was 31.35 billion L, with 32 million L produced from lignocellulosic feedstock (bagasse). 2020 ethanol output was around 16% lower than the previous year (37.38 billion L). Sugar-ethanol plants diverted to extract juice from sugar cane toward sugar production in 2020, which reduced ethanol production. The co-products were 120.1 million MT bagasse, 1.88 million MT DDGS, and 108,000 MT corn oil. Corn ethanol output is expected to reach 8 billion L by 2028, according to the Corn Ethanol National Union (UNEM). There are now 11 corn ethanol facilities under development, including nine full-plant varieties (corn exclusively) and one flex plant.

In 2020, Europe’s total ethanol production was 4.8% of global production. Sugar beets (7.45 million MT), corn (6.35 million MT), and wheat were the principal feedstocks used in ethanol production (2.64 million MT). Belgium, Germany, France, and the United Kingdom usually use wheat. Corn was the favoured feedstock in Hungary because it was readily accessible. Most grains came from Ukraine to feed ethanol facilities near seaports in the Netherlands, Spain, and the United Kingdom. The feedstock for the inland ethanol facilities in Spain combined corn and barley. Sugar beets and their derivatives generate ethanol in France, Germany, the United Kingdom, the Czech Republic, Belgium, and Austria.

The COVID-19 pandemic has reduced ethanol consumption in the EU by 10.1%. This figure, however, was slightly lower than the 13.0% decline in fuel use. The co-products comprised 3.33 million MT per distiller of dried grains with solubles (DDGS) and 188,000 MT of corn oil, according to the 2021 European Union Biofuels Annual Report.

From 2004 to 2016, China produced ethanol at an average of 16.8 per cent per year. China produced 6.6 million MT of ethanol in 2018, making it the world’s fourth-largest ethanol-producing country/region after the United States, Brazil, and the European Union.
China ordered all gasoline sold in the country to be blended with ethanol by 2020. The objective would exceed China’s estimated domestic production capacity, necessitating ethanol imports from nations such as the United States and Brazil. Corn is China’s primary feedstock, accounting for 64% of total ethanol output in the country.

India is the sixth-largest ethanol producer in the world. With a 99% market dominance in 2020, India remained one of the top importers of US ethanol. Due to Prime minister Narendra Modi’s “self-resilient” initiatives, India sets an ambitious goal of E-20 by 2025 while keeping its immediate goal of E-10 by 2022. India has a total installed capacity of 5 billion L of ethanol, with molasses-based distilleries accounting for 4.2 billion L or 85 per cent of total production capacity and grain-based distilleries accounting for 750 million L. (equivalent to 15 per cent).

In India, molasses or sugar juice were the only sources of ethanol in the past. Several feedstocks, including grains, manufacture the ethanol produced in India (rice, wheat, barley, maise, and sorghum). Molasses-based ethanol production in 2020 to be 2.98 billion L. Due to increased government attempts to divert more feedstock into ethanol, India’s 2021 average ethanol blending percentage in gasoline was anticipated at 7.5 per cent. The country’s 2021 ethanol production was forecast at 3.17 billion L, 7% more than 2020.

However, research in biomass ethanol is still needed to enhance the science and bring the technology closer to more comprehensive commercial implementation. Creating high-value byproducts that can be made from C5 sugars and the techniques for their synthesis is one area that requires more study. Xylitol and astaxanthin, among other things, are examples of them. Lignin use is a different topic that still has much room for exploration. There is little room for research to dramatically advance the technology because corn ethanol in the United States and sugarcane ethanol in Brazil has been used commercially for many years.

Similarly to the C5 sugars, lignin can be used as a feedstock to make high-value co-products. Establishing techniques for their synthesis still necessitates considerable research. The production industry has been badly devastated by the COVID-19 pandemic, which has affected the entire planet. As a result, global ethanol production fell in 2020. Although other regions are also affected, they rely less on fuel ethanol markets. Hence the pandemic’s effects there have been considerably less severe.

The recovery is expected to occur after the pandemic ends and the production sectors resume their regular operations. However, production might not be as high as before the global lockdown. The demand for ethanol for hand sanitiser remains high even after the limitations are relaxed during the epidemic. Stronger emission laws and policies support the potential for biofuel production to reduce CO2 emissions in developing nations. Global ethanol production is anticipated to rise once again in the future.