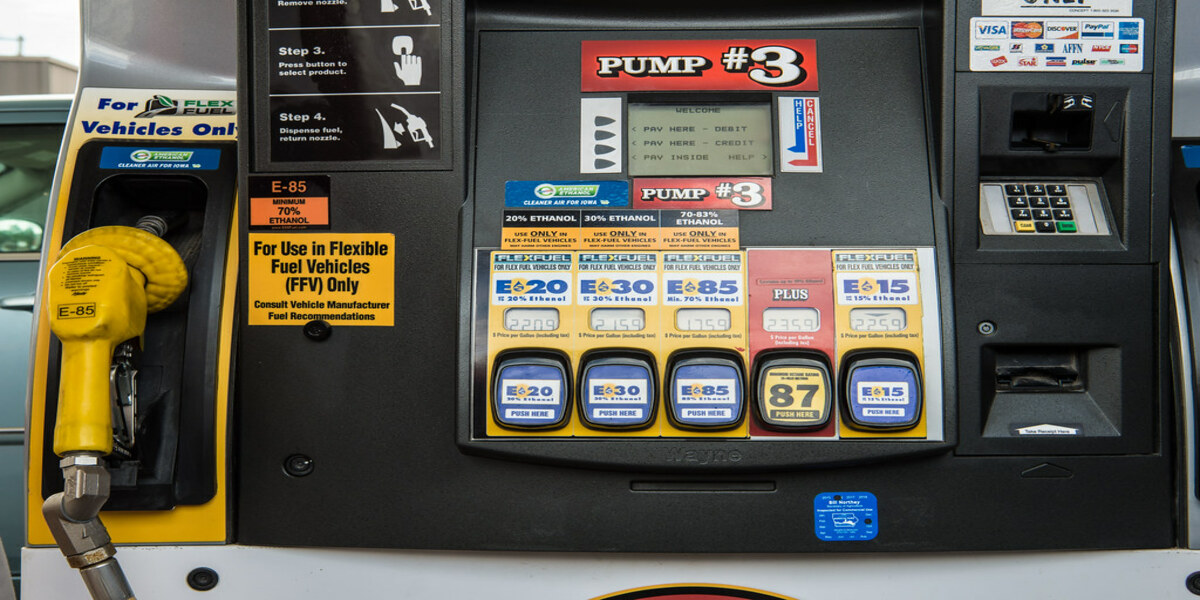 What is a Flex-Fuel?

Flex or flexible fuel is an alternative renewable fuel with a combination of petrol and different types of concentrated ethanol or methanol. Extraction of bioethanol is from sugar or residual crops or other multiple biomass. Flex fuel vehicle is the alternative fuel adaptive vehicle. Flex Fuel Vehicles (FFV) have spread throughout the automotive industry during the past 20 years and offer customers a fuel choice other than traditional gasoline.

What to know about Flex Fuel

Any Flex Fuel vehicles or vehicles 2001 model year and newer are approved to use E15. Motorcycles, heavy-duty vehicles, motorsport vehicles and vehicles older than 2001 are not authorised to use E15. The EPA has approved another blend, E15, in all light-duty cars since 2001. Manufacturers responsible for nearly 95% of U.S. light-duty vehicle sales endorse the use of E15 in their model year 2022 automobiles, according to a review of owner’s manuals by the trade group RFA.

E25 contains 25% ethanol. This blend has been widely used in Brazil since the late 1970s. In 2022, BMW and Mini go a step further by approving the use of gasoline containing up to 25% ethanol (E25) in the latest model.

E85 is a gasoline-ethanol blend containing between 51% to 85% ethanol. It depends on the season and geographic region of the distributor. E85 sold during colder months often has lower levels of ethanol to produce the vapour pressure necessary for starting the engine in cold temperatures.

E98, 98% ethanol, is a popular fuel for some types of race cars. Consistency of the energy is also paramount as most ethanol available at the retail dispensers can contain 70-90% ethanol. The stoichiometric ratio for ethanol is 9.0:1. E98 can be used as a race fuel or blended with other gasoline to make the desired ethanol concentration. This product is designed to meet ASTM standard D4806 standard specification for Denatured Fuel Ethanol for blending with gasoline.

Brazil has the world’s largest and most successful biofuel programs, involving ethanol fuel production from sugarcane. It is also considered the world’s first sustainable biofuel economy. In 2006 Brazilian ethanol provided 18% of the country’s road transport sector fuel consumption needs. Brazilian ethanol fuel production in 2011 was 21.1 billion litres (5.6 billion U.S. liquid gallons), down from 26.2 million litres (6.9 billion gallons) in 2010. A supply shortage took place for several months during 2010 and 2011. The prices climbed to the point that ethanol fuel was no longer attractive for owners of flex-fuel vehicles. The government then reduced the minimum ethanol blend in gasoline to reduce demand and keep ethanol fuel prices from rising further. Hence, ethanol fuel import dependency has been dependent on the united states.

The United States produces and consumes more ethanol fuel than any other country. Ethanol used as a fuel dates back to Henry Ford, who, in 1896, designed his first car, the “Quadricycle”, to run on pure ethanol. Most vehicles on the road today in the U.S. can run on blends of up to 10% ethanol. Motor vehicle manufacturers already produce cars that run on much higher ethanol blends. In 2007 Portland, Oregon, became the first city in the country to mandatorily sales to be at least 10% ethanol within city limits. But in recent years, many cities also projected the necessity of ethanol blends due to non-attainment of federal air quality goals.

Bioethanol consumption in Europe is the largest in Sweden, France and Spain. Germany’s bioethanol market vanished entirely after the removal of federal tax incentives in 2015. Europe produces equivalent to 90% of its consumption (2006). Germany had about 70% of its consumption, Spain 60% and Sweden 50% (2006). There are 792 E85 filling stations in Sweden, and in France, 131 E85 service stations, with 550 more under construction.

China is promoting ethanol-based fuel on a pilot basis in five cities in its central and northeastern regions. It is to create a new market for its surplus grain and reduce petroleum consumption. Under the program, Henan will promote ethanol-based fuel across the province by the end of this year. Officials say the move is of great importance in helping to stabilise grain prices, raise farmers’ income and reduce petrol-induced air pollution.

Thailand already uses a large scale of 10% ethanol (E10) in the local market and selling E20 in 2008, and by year-end, only two gas stations were functional with selling E85. Some of the cassava stock held by the government is now converted into fuel ethanol. Cassava-based ethanol production is being ramped up to help manage the agricultural outputs of both cassava and sugar cane. With its abundant biomass resources, the fuel ethanol program will be a new means of job creation in rural areas while enhancing the balance sheet of fuel imports.

Union Minister for Road Transport and Highways, ‘Nitin Gadkari, has emphasised the adoption of alternative fuels, which will be import substitutes, cost-effective, pollution-free, indigenous, and discourage the use of Petrol or diesel. During an event held on 20 October 2021, The minister assured the media regarding the government’s influence on all vehicle manufacturers to make flex-fuel engines under the Euro VI emission norms in the next six-eight months.

In the US, only two automakers, Ford and General Motors offer the FFVs model in the year 2022. ’11’ 2022 models will be available as FFVs, with the four GM offerings sold only to fleet purchasers. According to the Renewable Fuels Association, that’s down from more than 80 different models from eight manufacturers, available to consumers as recently as the model year 2015. In India, On Tuesday, Toyota began pilot-testing its Corolla Altis flex fuel hybrid car. The sedan, imported from Toyota Brazil, is powered by flex-fuel technology, which allows the engine to run on fuel blended with a higher percentage of ethanol, reducing gasoline consumption, along with a hybrid powertrain.

Flex fuel might be new to India, But it has been used in other countries since the 1990s. Brazil, the USA, Canada, and Sweden are some countries that have a significant flex-fuel user base. Car manufacturers that produce cars for this market could offer flex-fuel vehicles by next year to comply with proposed government regulations. Implementing Flex Fuel sooner would reduce the country’s pollution and decrease the import margin. But current investment in electric powertrains by different companies would ensure difficulty in the sooner implementation of flex fuels.