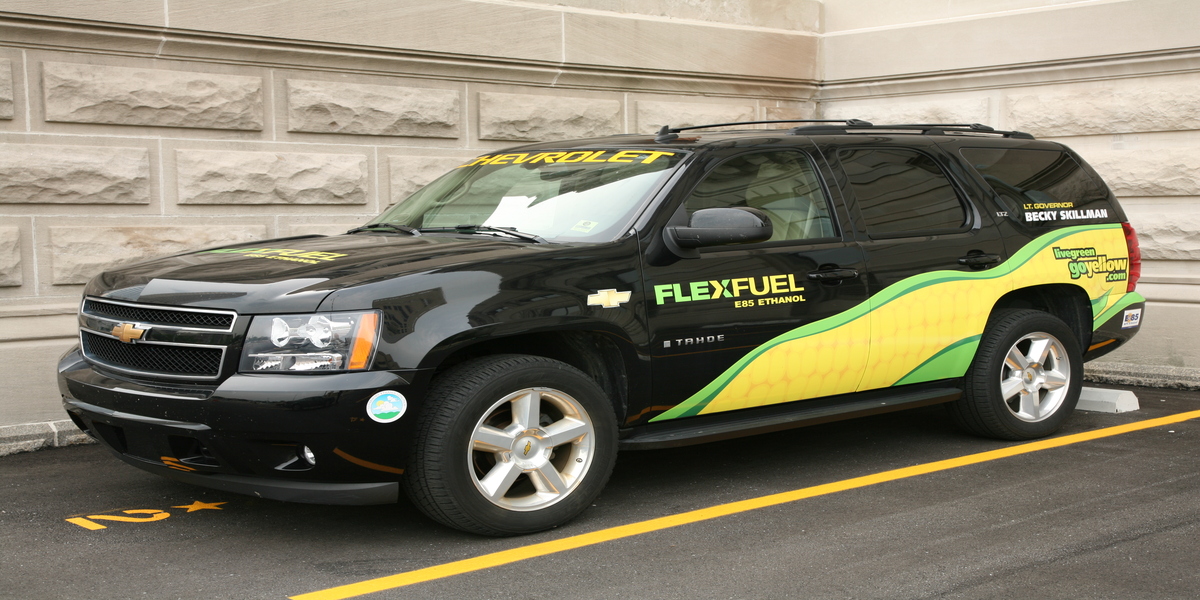 For decades, sustainable mobility has been a pressing issue. There are now numerous alternatives to the traditional modes of transportation. There are electric vehicles, carpooling, hydrogen-powered buses, and countless other options. All these new alternative methods significantly impact the reduction in the release of harmful pollutants. However, biofuel-powered vehicles, also known as flex-fuel vehicles, provide more drastic results by replacing the use of fossil fuels. In India, Maruti Suzuki, Toyota, and Hyundai have agreed to launch cars with multiple fuel compatibility, which would be possible in the coming years.

Flex Fuel Vehicles (FFV) have engine flexibility with different fuel compatibility. These vehicles support many single blends or fuel combinations and can support more than one fuel type. But the standard compatibility is flex fuels. It consists of gasoline-ethanol blends up to 85% ethanol or fuel based on methanol. E85 is a combination of a gasoline-ethanol mix based on the ethanol percentage.

Flexible Fuel Vehicles consist of an internal combustion engine (ICE) that generates power with the help of heating the trapped air and thus burning any fuel present. As said, It runs majorly on the E85 blend; the blend percentage of ethanol can be 15% to 85%. The rate of combination used can depend upon geography, availability or the seasons. The consumer needs to know their vehicle’s capacity and fuel compatibility.

FFVs are similar to conventional gasoline-only vehicles, except for an ethanol-compatible fuel system and a different powertrain calibration. While higher ethanol levels generally reduce fuel economy and many FFVs have improved acceleration performance when operating on higher ethanol blends.

Any combination of fuel is compatible with a flex fuel vehicle as it has sensors that understand the fuel type and adjust its combustion process accordingly. It allows the consumer flexibility to fill their fuel tanks based on availability.

The sustainability and availability of resources for extracting flex fuels ease the country’s struggle for oil imports. Hence, This encourages every nation to be self-reliant on the available resources for flex-fuel.

The engine performance of FFV is still arguable. But current studies have shown the results of better engine performance and the ability to burn pure and cleaner fuels such as ethanol and methanol blends. Zinc, brass, copper, lead, and aluminum are incompatible with storing pure blends as there is a risk of corrosion.

There would-be many tax benefits for FFVs consumers also could claim tax credits after purchase. Also, In the long run, there is an elimination of tax obligations as well.

Flex-fuel can be produced sustainably using corn and sugar, which is mass produced but has a drawback. The inability to use crops made for flex-fuel production for other purposes could increase the cost of animal feed. In addition to being susceptible to plant pathogens, corn can be negatively impacted by weather events like floods and droughts.

Everyone wants to give their vehicle the best care possible. Unfortunately, ethanol is mild cleaning solvent which readily absorbs dirt, potentially eroding and harming the engine in the long run. Thus, it is to be maintained on time to time basis.

Gas mileage is one of the main issues with flex-fuel vehicles. While some experts claim that flex-fuel vehicles get similar gas mileage to conventional cars, others assert that they get worse gas mileage. While ethanol does increase a car’s octane rating, it has less energy than gasoline. So, yes, using ethanol will result in lower miles per gallon. But because ethanol is less expensive than regular gas, the savings should compensate for the reduced mileage.

Gas stations are less likely to stock flex fuel because it isn’t as cost-effective as regular gasoline. Ethanol is currently only available at a small fraction of gas stations nationwide, but the situation will be different in the coming years.

The tailpipe emissions of E85 from flex-fuel vehicles (FFVs) and regular gasoline have been compared in various ways, with varying results. Based on actual measurements of five FFVs made with a portable emissions measurement system (PEMS), additional chassis dynamometer data, and projections from the Motor Vehicle Emission Simulator (MOVES) model, differences in FFV fuel use and tailpipe emission rates are quantified for E85 versus gasoline. Despite average rates being lower on E85 than gasoline, an individual FFV may have higher nitrogen oxide (NOx) or carbon monoxide (CO) emission rates due to inter-vehicle variability. Comparing the tailpipe emission rates of E85 and gasoline is sensitive to vehicle-specific power, according to PEMS data (VSP). For example, while CO emission rates are lower in all VSP modes, they are proportionally lower at higher VSP. Driving cycles with a high power demand are better for CO emissions but worse for NOx.

The vehicle’s fuel cycle and tailpipe emissions were considered in a life cycle inventory. Although E85 for FFVs emits less nitrogen oxide (NOx) from the tailpipe than gasoline, this is advantageous for the communities where the vehicles are used. The life cycle NOx emissions are higher due to higher NOx emissions during fuel production. According to dynamometer data, the average difference in tailpipe emissions between E85 and gasoline is 23% for NOx and 30% for CO, and there isn’t a noticeable difference for hydro-carbons (HC). Emissions from fuel production typically occur in rural areas, and there are no significant variations in overall hydro-carbon emissions.

The wide range of vehicle-to-vehicle fluctuation explains why earlier studies with smaller sample sizes yield inconsistent results. E85 significantly reduces nitrogen oxide (NOx) and carbon monoxide (CO) emissions from tailpipes compared to gasoline, which may be advantageous for controlling ozone air quality in NOx-restricted areas. Comparisons of the FFV tailpipe emissions of gasoline and E85 are sensitive to driving style and power demand.

There are arguments for and against flex-fuel vehicles. However, using ethanol as a cost-effective and environmentally friendly fuel source makes way to switch toward a flex-fuel car in the future. There are many benefits to using flex fuels and flex-fuel-supported transportation vehicles. Since technology is ever-evolving, it is impossible to predict what flex-fuel cars and more cutting-edge innovations might appear over the coming years.

It might not be easy to figure out Flex Fuel vehicles. However, a few telltale signs in flex-fuel vehicles differentiate them from regular cars. Examples involve yellow gas caps or a yellow ring where the manufacturer’s fuel nozzle goes on flex-fuel vehicles. Other cars can use flex-fuel due to the labels on their fuel doors. In a nutshell, using alternative renewable fuels and sustainably powered vehicles is the future that can save time and money and also contribute to reversing the adverse effects of global warming.