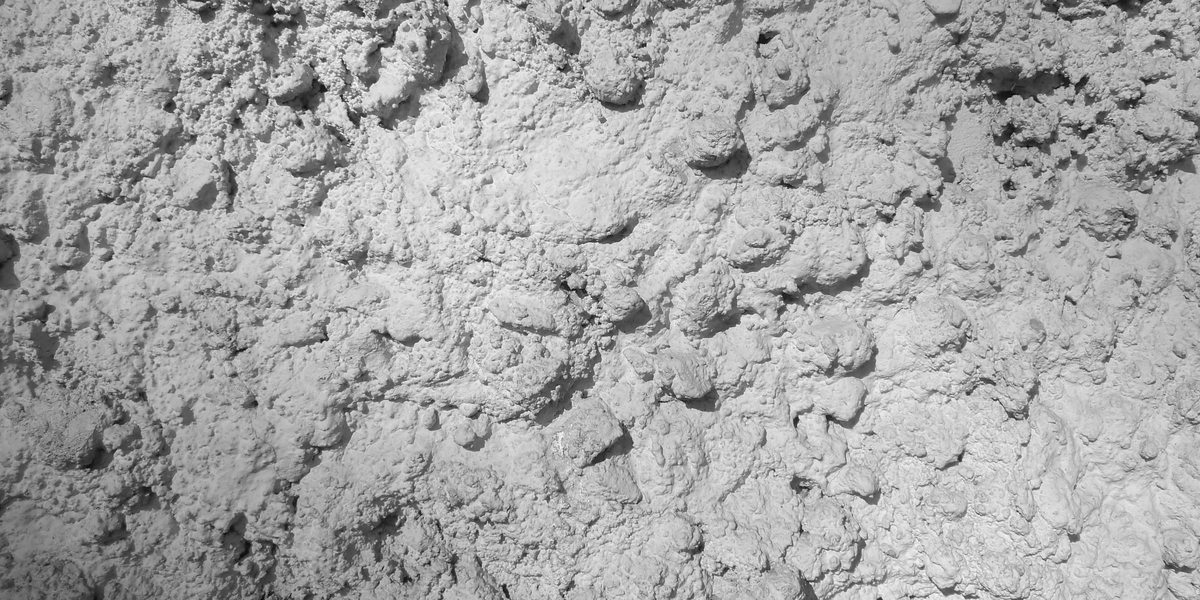 Natural gypsum, also called calcium sulphate, is found in different forms, mainly as a dihydrate (CaSO4 · 2H2O) and anhydrite (CaSO4). They are products of partial or total evaporation of inland seas and lakes. Gypsum undergoes crystallization as translucent crystals of selenite, forming as an evaporite mineral and as a hydration form of anhydrite. Both the dihydrate and the anhydrite occur in nature in a variety of forms. The origin of gypsum, its genesis, varieties and properties are discussed, and the focus is then on the most common binding material produced from it, plaster of Paris.

Gypsum has been studied as a raw material, as a rock constituent, as an indicator of geological and archaeological conditions, and from other points of view. However, its role in Earth’s surface processes, its relationship to life through calcium in the equilibrium of carbonates and its structural water molecules seems overlooked. The semi-solubility of gypsum explains its actions in many soils. Gypsum’s softness, fragility, and crystal water should be considered.

Gypsum occurs in nature as flattened and often twinned crystals and transparent, cleavable masses. It is called selenite. Selenite contains no significant selenium; both substances were named after the ancient Greek word for the Moon. Selenite may also occur in a silky, fibrous form, commonly called “satin spar”. Finally, it may also be granular or quite compact. In hand-sized samples, it can be anywhere from transparent to opaque.

A fine-grained white or a lightly tinted variety of gypsum, called alabaster. It prizes for ornamental work of various sorts. In arid areas, gypsum can be flower-like, typically opaque, with embedded sand grains called desert roses. It also forms some of the largest crystals found in nature, up to 12 m (39 ft) long, in the form of selenite.

Gypsum is a common mineral with very thick and extensive evaporite beds associated with sedimentary rocks. Gypsum deposition happens under lake and sea water, in hot springs, volcanic vapours, and sulfate solutions in veins. Hydrothermal anhydrite in veins commonly hydrates to gypsum by groundwater in near-surface exposures. It often associates with halite and sulfur minerals, and is the most usual sulfate mineral. Pure gypsum is white in colour, but other substances found as impurities may give various colours to local deposits.

Since gypsum dissolves over time in the water, it is very rare in the sand form. However, the particular properties of White Sands National Park in the United States of New Mexico have created a 710 km square expanse of white gypsum sand.

Gypsum also form as a byproduct of sulfide oxidation, amidst others by pyrite oxidation, by the reaction of sulfuric acid and calcium carbonate. Its presence shows the oxidizing conditions. Under reducing conditions, the sulfates contains reduce back to sulfide by sulfate-reducing bacteria. This can lead to the deposition of elemental sulfur in oil-bearing forms, such as salt domes, where it undergoes mining using the Frasch process to produce bulk volume of gypsum from the scrubbers.

People who exposed to gypsum in the workplace by inhaling it in, making skin contact, and eye contact. Although calcium sulfate is nontoxic and even approved as a food additive, powdered form can irritate the skin and mucous membranes.

Gypsum precipitates on salted water membranes, a process known as mineral salt scalings. During brackish water desalination with high concentrations of calcium and sulfate. Scaling decreases membrane life and productivity. This is the main difficulty in brackish water membrane desalination mechanisms like reverse osmosis or nanofiltration. Depending on the water source, other forms of scaling, such as calcite scaling, can also be essential considerations in distillation and heat exchangers. Here, either the solubility of salt or concentration may change promptly.

A new study has proposed that gypsum formation as tiny crystals of a mineral known as bassanite (CaSO4·0.5H2O). This process occurs mainly through three stages:

The formation of phosphate fertilizers needs breaking down calcium-containing phosphate rock with acid. It then produces calcium sulfate waste known as phosphogypsum (PG). This form of gypsum is polluted by impurities present in the rock, namely fluoride, silica, radioactive elements (radium), and heavy metal elements like cadmium. Similarly, the manufacturing of titanium dioxide yields titanium gypsum (TG) due to the neutralization of surplus acid with lime. The product is impure with silica, fluorides, organic matter, and alkalis.

In many cases, impurities in refinery gypsum waste have prevented them from being used as regular gypsum in fields like construction. As a result, waste gypsum is collected in stacks , with a significant risk of leaching the impurities into water and soil. To lower the accumulation and to clear out these problem, research is on the way to find more applications for such waste products.

At Khaitan bio energy various new technologies are used for treating sugars, dewatering, and recycling using energy-efficient techniques, and these technologies are first in use cases in ethanol production. The process is monitored and managed with high-reliable devices and software. As is evident, we extract Gypsum too in addition to silica. This is a major breakthrough in establishing commercial viability for the technology and compete with ethanol produced from other sources.